History of the Institute

Ufa Eye Research Institute is one of the leading eye research institutes in Russia.

At present the Institute is headed by Mukharram Bikbov - PhD, Professor, Corresponding Member of the Academy of Sciences of the Republic of Bashkortostan.

The history of the institute dates back to the second half of the XIX century. In 1886 the Ufa branch of Empress Maria Alexandrovna Trusteeship of the Blind was established and in 1888 an asylum for blind adults and a specialized school for blind children were opened in Ufa. On August 11, 1901 the school was reorganized into free eye hospital with 4 beds. 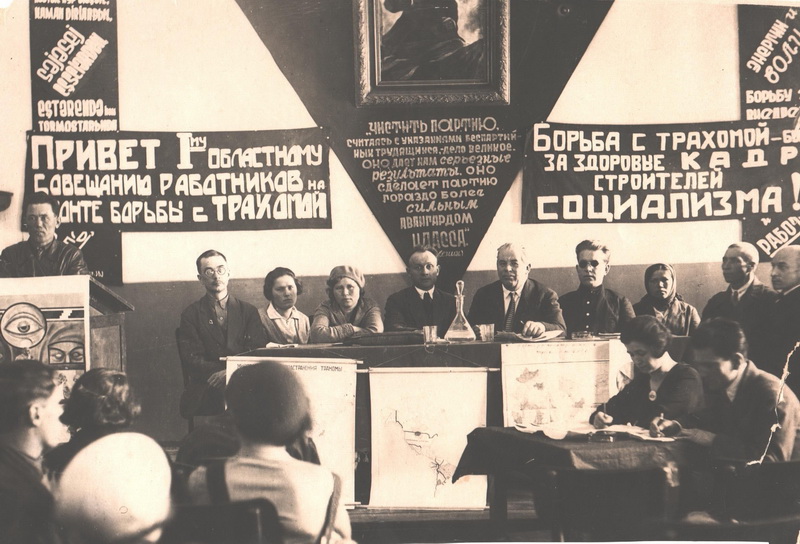 In 1932, the number of beds in the institute increased up to 150. Bacteriological and histological laboratories with special equipment were opened. Animal studies were conducted in the vivarium.

During the Great Patriotic War (1941-1945) the Institute was turned into a hospital for wounded soldiers. In the post-war period (1945-1965) its research interests again focused on preventiion and treatment of trachoma and its complications. A number of works published at that period formed the basis of the fundamental study in the field of etiology and pathogenesis of the disease. One of the most prominent trachoma fighters was Professor Gabdulla Kudoyarov, the Honorary Doctor and the Honorary Worker of Science of the Russian Soviet Federative Socialist Republic. His research interests included bacteriological, virological and morphological studies of trachoma, virus and vernal conjunctivitis. As a result of deploying mass medical and public efforts, trachoma was eventually eliminated by the mid-60s. A great contirbution in organizing ophthalmic assistance to people in Bashkortostan was made by I.A. Agarev, F.Sh. Kuzyahmetova, N.Kh. Mescherova, A.V. Chubukov, G.A. Valeeva, V.A. Gizatullin, L.P. Nevzorov, F.Sh. Kurbanaeva, R.G. Kudoyarov, R.F. Voishvillo and many others. 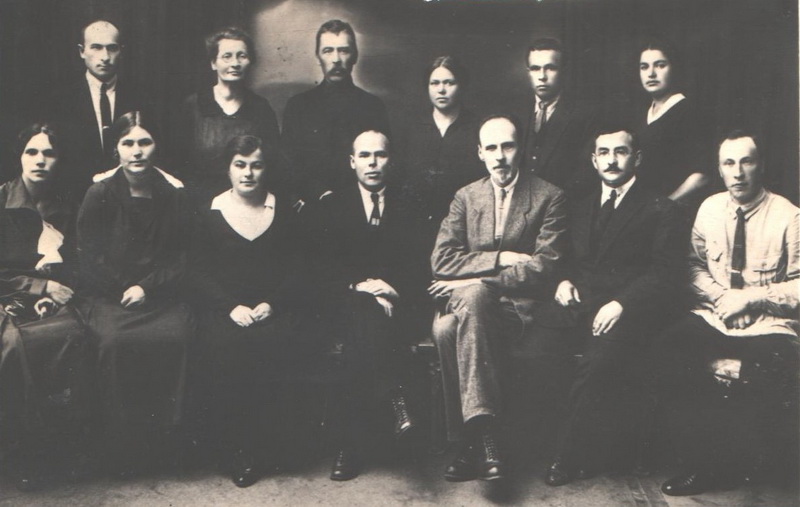 In 1965 Bashkir Trachomatous Eye Research Institute was reorganized into Ufa Eye Research Institute. Among its major research areas of that period were the study of the effect of petrochemicals on eyes (K.R. Belenky, A.H. Giniatullina), viral eye diseases, prevention and treatment of eye injuries, strenthening of eye care services in the republic of Bashkortostan.

In the 1980s, the institute (director - Prof. MT Aznabayev) became an interregional center for microsurgery and laser treatment. New laboratories were built and equipped with modern operating microscopes, cryoextractors, phacoemulsifiers, biometers, keratometers, fundus cameras, laser systems, contact and intraocular lens manufacturing machinery. Research interests focused, at that time, on pediatric ophthalmology, medical and social rehabilitation of patients with eye injuries, etc. The main priority was given to congenital cataract surgery. A new concept was proposed, based on the idea of surgical management of congenital cataract in infants, in order to ensure early activation of visual analyzer and to prevent its functional underdevelopment. A school of pediatric ophthalmologists was established and new directions in pediatric congenital ophthalmopathology were developed.


The current stage of the Institute’s work is characterized by its further development of scientific activities with a partiular emphasis on innovative technologies and IP commercialization. Since 2007, the Institute has been planning and implementing innovative projects, developing new devices, medicines and vision-enhancing technologies. Special infrastructure was created for the effective implementation of long-term innovative projects. That was preceeded by the search and selection of specialists, able to create and introduce new medicines and medical devices. In accordance with the Russia's import substitution program, the Institute develops and produces medical devices for practical health care, which can reduce the demand for their foreign analogues, and in some cases completely replace them.

The main activity of ophthalmic and medical epidemiology department is to conduct population-based studies of cause-and-effect relationship between ophthalmology and other diseases and their link with sociodemographic factors of the population of Bashkortostan. The department staff has an active programme of scientific cooperation with leading researchers from Great Britain, Germany, Singapore, China, Finland, the USA, etc.

Сornea and lens surgery department focuses its attention on the development of diagnostic techniques and technologies for medical and surgical therapy of cornea and lens diseases, surgical correction of ametropia and medical device creation.

A professional approach, in-depth analysis of surgical results, and constant learning from colleagues allowed the Institute to invent new technologies and introduce them in a number of ophthalmology clinics in Russia and some other countries. Thus, the inventions in ophthalmic surgery gave a new and accomplished technology for the treatment and rehabilitation of patients with degenerative cornea diseases.

Long-term experience of the Institute research staff resulted in the creation of "UFAlink" and "UFAlink Quant", ophthalmic devices for UV crosslinking. Their scientific and technical characteristics meet the standarts of foreign analogues. A device for monitoring the power of ultraviolet radiation "UV-tester" was created as well as "ION", ophthalmic device for iontophoresis which helps to carry out transepithelial cross-linking. Studies at the molecular level have contributed to the development of a new ophthalmic agent, Dextralink, which is used in corneal crosslinking. Since 2009, the "UFAlink" device and the cornea protector have been mass-produced, and have been awarded diplomas and medals at domestic and internatonal exhibitions.

Currently. the Institute continues to work on improving the technology for corneal crosslinking, in particular, a new device "UFAlink Impulse" was created for performing the procedure in a pulse mode and a special device for scleral crosslinking has been developed and tested in experimental and clinical trials, and can be used in clinical practice for myopic patients.

In the vitreoretinal and laser surgery department, which was established in 2007, endovitreal surgeries are widely performed, including 25-gauge surgery in patients with ocular complications due to diabetes, hemophthalmia of various etiologies and retinal vascular occlusion. Intravitreal administartion of various angiogenesis inhibitors is widely used, which is highly effective for treating age-related macular degeneration.

The issues of pathogenesis, diagnosis and treatment of refractory glaucoma are still relevant. Surgeons of the Institute use various techniques for patients with this pathology - the Ahmed valve and the Ex-Press shunt implantations, the use of Repegel, Glautex and xenoplast drainages, etc.  Canaloplasty procedures using the Glaustent device, specially developed at the Institute are performed for the treatment of open angle glaucoma.

We study clinical and functional outcomes of modern technologies for cataract surgery - the use of femtosecond laser and multifocal toric IOLs, the use of polyartifakia procedure for residual ametropia correction in children and adolescents.

25G technique is used in surgery for congenital cataracts in children, which allows to achieve positive anatomic and fuctional outcomes, as well as to reduce the risk of developing complications.

Among the Russian state ophthalmic clinics, Ufa Eye Research Institute was the 1st to carry out femtolaser-assisted keratoplasty and femtosecond laser cataract surgeries, including those for treating congenital cataracts in children and pterygium.

The use of high technologies involves personnel training. Since 2007, the staff of the Institute wrote and successfully defended 36 candidate (PhD) and 9 doctoral theses. Young ophthalmologists are constatnly involved into various research projects which won national and local grants.


Medical care that patients receive at the Institute, within Russian obligatory medical insurance program, meets the highest quality standards and grants full access to most modern ophthalmic technologies. About 20,000 patients receive treatment at the institute's hospital every year, and the total number of surgeries per year exceeds 38,000.

All our achievements would not have been possible without a strong team of professionals, who always tend to perfection. 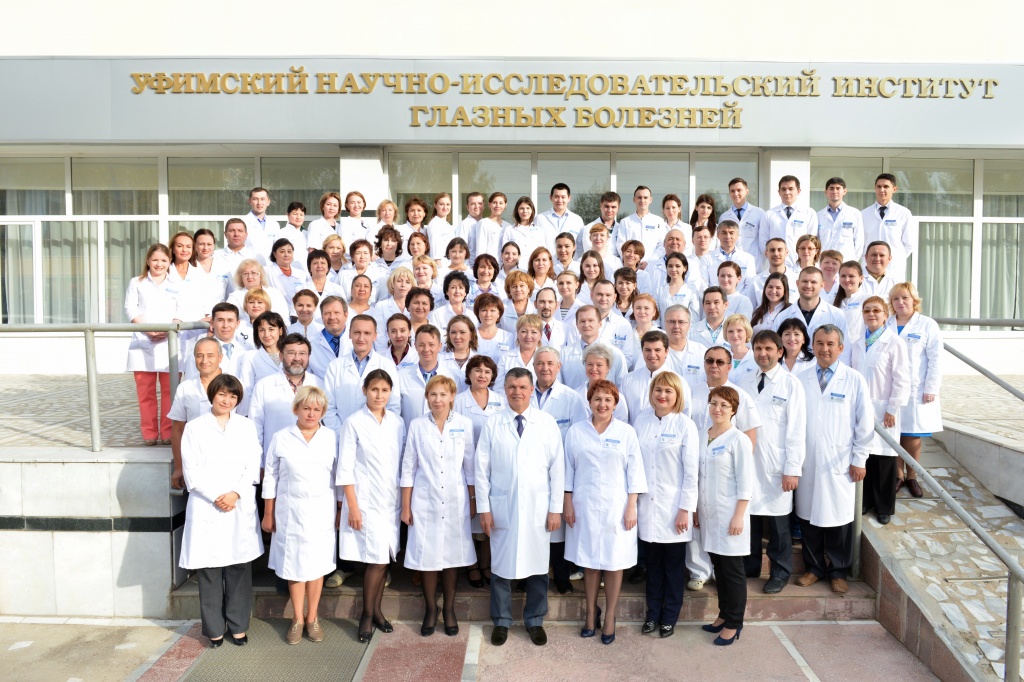